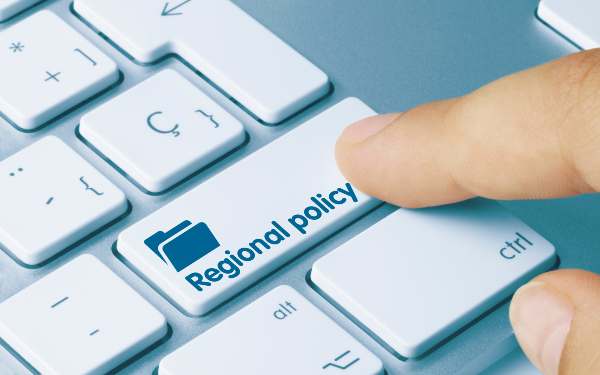 By Mithran Samuel and Charlotte Goddard

That was the verdict of sector bodies representing councils, private providers and children and young people in relation to last week’s final report from the Independent Review of Children’s Social Care.

However, elsewhere there was support for the review’s proposal to create regional care co-operatives (RCCs) – which all local authorities would have to join – that would plan and commission foster, residential and secure care, and run new public provision, across their areas. They would also take over councils’ current duty to take steps to secure enough suitable accommodation locally for children in care, consistent with their welfare (“the sufficiency duty”).

The RCCs are designed to tackle the much-highlighted “crisis” in the sufficiency of placements for looked-after children, which has been linked to significant levels of out-of-area and inappropriate provision, and higher profits for providers. The review said there would be about 20 RCCs against 152 local authorities.

Its findings drew on those of the Competition and Markets Authority’s final report from its children’s social care study, which found profits for larger providers were higher than would be expected in a functioning market and councils were in a weak bargaining because of inter-authority competition for scarce placements and the need to find homes in a crisis.

The review said councils had weak oversight of providers, and planning for placements was insufficiently co-ordinated between councils and inadequate – citing a What Works for Children’s Social Care study showing many authorities lacked up-to-date strategies to secure sufficient placements.

‘Taking back control’ of care markets

It said RCCs would help local government “take back control” of the system by gathering more intelligence on care placement needs than individual councils and having the financial confidence to invest in long-term provision. This would reduce reliance on spot purchasing, “inappropriate use of residential care” and “more expensive private independent fostering agencies”, increase council and not-for-profit provision and cut profits, said the review.

While the review acknowledged voluntary regional commissioning arrangements were currently in place, it said these were having “limited impact”. This was because providers did not have to engage in them, in the knowledge that individual councils would purchase a place independently if need was sufficiently urgent.

However, the Local Government Association said that existing regional arrangements often worked well warned and it would be better to invest in them rather than impose a top-down solutions, such as RCCs.

“Locally-led solutions, rather than structures imposed from above, allow councils to build on existing relationships and respond to local contexts,” said the LGA.

“Rather than setting up new bodies to manage placements which would be expensive and add another layer of bureaucracy, funded support for collaborative arrangements could help to tackle some of the issues without infringing on existing good practice or removing local autonomy.”

Fostering Network chief executive Kevin Williams welcomed the RCC proposals, but said: “We must learn the lessons from the past and make sure that any new regional structures enhance and improve local planning, commissioning and recruitment. Local recruitment is key to foster care – making sure that the skills and experience of foster carers in a local area match the needs of children coming into care, so that children can stay within their local communities.”

Charity Become, which supports children in care and care leavers, welcomed other review proposals but chief executive Katharine Sacks-Jones warned that the RCCs “could move decision-making further away from children and the people who know them best”.

For independent fostering agencies (IFAs), Nationwide Association of Fostering Providers chief executive Harvey Gallagher also voiced scepticism about RCCs, saying: “If local authorities need help to take back control of the care system, as the report suggests, we should be asking why/how/if they lost control in the first place.

“Overwhelmingly, local authorities and IFAs work well together. The nature of mutual understanding, acceptance and collaboration has improved significantly over the last decade. We are not clear how another layer of regional commissioning will address this.”

The review labelled IFAs as “expensive” and, in its report, the CMA argued there was scope for councils to save money by delivering more fostering provision in house amid “indicative evidence” agencies were more expensive.

However, Gallagher cited the 2018 government-commissioned review of fostering by Sir Martin Narey and Mark Owers, which found that children cared for through IFAs tended to be older and more likely to have special educational needs, substance misuse issues and emotional or behavioural problems.

He said the current approach, whereby council in-house fostering services had “automatic preferred provider status” did not favour children – who deserved a choice of what was available – or effective spending.

The Independent Children’s Home Association (ICHA) criticised the care review for “misreporting” the CMA’s finding that average operating profits for the 15 largest providers had increased from £702 to £910 per placement per week from 2016-20, which the review said referred to “the children’s residential home sector” generally.

ICHA pointed out the review had also omitted to reference to the latest analysis of the unit costs of social care services by the Personal Social Services Research Unit, which showed average fees for council-run homes were 15% (£4,865 per child per week) higher than the average for the private sector and voluntary sectors (£4,153).

Though the figures do not account for differences in need between children, ICHA claimed independent homes cared for children and young people with significantly higher needs than did councils.

Chief executive Peter Sandiford added: “If taken forward we believe the [proposals] will significantly increase the cost of residential care for children, paid for by local authorities. At a time when budgets are stretched, this cost increase will cause cuts across other services and impact on society as a whole.”

Sandiford added that existing regional commissioning groups were doing “excellent work”, though admitted there was room for improvement.

“This is a huge step forward and will significantly improve the system, as the co-ops will have a sole focus on children’s care rather than having to compete with child protection for funding and management time,” said chief executive Andy Elvin.

Elvin also strongly backed the review’s call for the government to impose a windfall tax on the profits of the 15 largest residential care providers and IFAs. If levied at 20% of profit levels, the review said this “could generate hundreds of millions of pounds towards
the costs of transforming the care system”.

Elvin said: “This is a stroke of genius and will bring back in some of the money that has been taken by the private equity and other for-profit providers, and should be a yearly tax for the next five years.”

There was a broad welcome for the review’s call for a national campaign to recruit 9,000 foster carers from 2023-26 review, which prompted the government to pledge support for councils to engage more fostering households. While the review said that RCCs’ greater scale than councils would leave them better placed to recruit carers, a national campaign was needed while co-operatives were being established to address the “immediate and pressing shortage” of carers.

Over the past five years, the number of approved fostering households in England who are not family and friends carers has decreased by 3% to 37,325, with no change in the number of placements available primarily for permanent care and a fall in those for non-permanent care.

The review said the scope to improve recruitment was exemplified by the fact that, just 2,165 households were approved in 2020-21 despite 160,635 expressions of interest being submitted by prospective carers. The latter figure was a record, but just 6% of enquiries resulted in an application to foster, said Ofsted’s annual figures on the sector.