By Rob Preston on June 6, 2022 in Children, Social work leaders 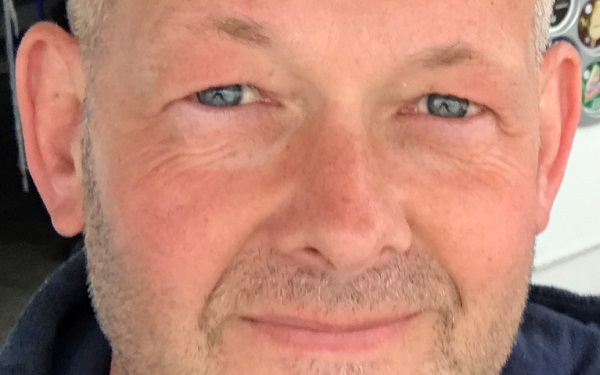 A local authority criticised in a BBC Panorama investigation has said a “culture of bullying” in its children’s services department is no longer being tolerated.

The half-hour film, broadcast on 16 May, focused on a series of court judgments from 2018 and 2021 that severely criticised practice and management at Herefordshire council, and included critical quotes from social workers who had recently left the authority.

In an interview with Community Care following the programme, Herefordshire’s director of children’s services, Darryl Freeman, said there “clearly was a culture of bullying” at the authority.

But he said that he and chief executive Paul Walker had now made it clear that “bullying will not be tolerated”.

“We’ve called it out, we’ve challenged it where we’ve experienced that and it is not tolerated, it won’t be tolerated, it is just unacceptable.”

Caseloads in high 30s ‘was not uncommon’

Another former Herefordshire council social worker who spoke to Panorama said they had a caseload of 36 when they left after being told the target was 20, which meant “cutting corners and ticking boxes”.

Freeman, who joined the council on an initially interim basis last autumn, said caseloads had been high and rose sharply in the autumn of last year “when there was a real spike in demand”.

“When I took on the interim DCS role at the end of September, it wasn’t uncommon to see some workers with caseloads in the late 30s and 40s,” he said.

Average caseloads down to 21 with target of 18

But he said average caseloads now stood at 21, with only five social workers responsible for more than 25 cases and no one with more than 30.

“Our goal is to get to an average caseload of 18 before the end of the summer and to keep driving down further,” he said.

“We are really clear that if you have a manageable caseload you can have a better relationship with families, you can have much more effective practice.”

Last month, the High Court granted Louise Tickle – the journalist who made the documentary – permission to name social workers involved in one of the cases it covered, despite Herefordshire arguing this could impede its ability to recruit practitioners.

Freeman said it would have been okay for the documentary to have named himself and Walker “if necessary” but the authority had tried to maintain the anonymity of frontline workers working with current cases primarily to “protect the wellbeing of our staff”.

In the end, Tickle did not name any social workers in her film and Freeman said the production team had been “sensitive” to Herefordshire’s concerns over doing so.

Concern at Panorama’s effect on recruitment

Freeman said managers had been briefing social workers at the council prior to the programme about what they expected the Panorama programme to include and “put in place mental health first aiders and lots of welfare support”.

Nevertheless, Freeman said the response to the documentary had been “sombre” and that he was concerned of a possible negative effect on recruitment and retention.

“There’s always a concern it will have an impact on recruitment and retention in what is already a difficult and challenging recruitment environment,” he said.

Loss of most social workers in past year

The documentary said that, in the past year, Herefordshire had lost most (50) of its permanent children and families social workers and that 75% of its child protection practitioners were either less than two years’ qualified or agency staff as of March this year.

Freeman said some of the social workers who left had either retired or took promotions or other jobs elsewhere. But he admitted that some practitioners did leave as a result of a damning court ruling last year that questioned the council’s children’s services’ “fitness for purpose”.

“It was 50% of the overall permanent workforce that existed in April last year and that was across the whole year. That is certainly a higher proportion than you’d like, anyway, but not everybody just left in one go,” he said.

However, the relatively high number of agency staff, Freeman said, was due to the council’s addition of seven extra social work teams last year “focused on reducing caseloads and improving practice”.

“Most of that additional capacity by its nature is locum and agency or project teams for periods of time,” he said. “We will see that reduce because we won’t need all that extra capacity in a year’s time.”

Herefordshire’s recruitment of agency social workers last year was partly funded by a grant from the Department for Education (DfE).

The council has now drawn £11.5m from its reserves to continue improvements to its children’s services and make some of the newly created agency roles permanent.

“That puts us in a very strong position to maintain the additional capacity we have put in place over the past six months or so for the rest of this year and to really push now on reducing our reliance on locum and agency workers as we go forward and increasing the proportion of the workforce that is permanent,” said Freeman.

According to council documents, the £11.5m should pay for 122.75 extra full-time staff in 2022-23 then reducing to an ongoing increase in staffing numbers of 82 from 2023-24, a combination of social workers, managers, business support staff and a few other roles. As of September 2021, the council had 103 FTE children’s social workers.

Freeman said Herefordshire had some agency social workers that it had worked with for up to 12 months and that they had developed good relationships with families, but said it was less expensive to employ permanent staff.

One figure he disputed in the documentary was that the council had spent £133,000 on two interim senior managers in the first two months of the year.

Freeman said the number was “odd” but was likely due to “a clumsy response to a freedom of information request”.

“I can certainly say that amount of money wasn’t paid to two senior interim members of staff during that period of time,” he said.

Gearing up for next Ofsted inspection

Herefordshire was rated as ‘requires improvement’ in its last inspection in 2018 and is currently working with a DfE-appointed independent adviser, Gladys Rhodes White, and improvement partner Telford and Wrekin council.

Freeman said the council said he expected another inspection before the end of this year but would not say what grading he expected to achieve.

“They will find us as they find us, but it will comes as no surprise to anybody that there are still some challenges for us,” he said.

“We are doing the right things now to improve practice and to improve the support for our social workers but it is still going to see a bit of time before they see that consistently reflected in improved outcomes for children and young people.”