By Mithran Samuel on June 17, 2022 in Adults, Social work leaders 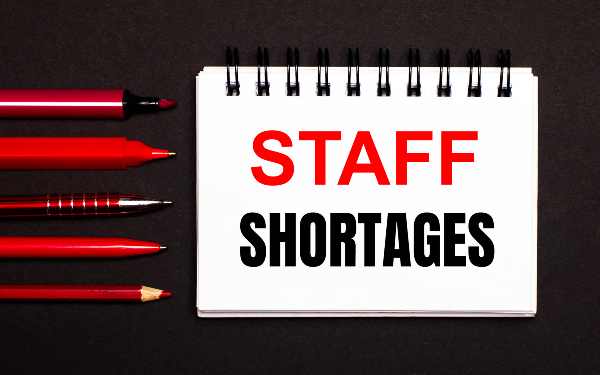 The lack of adult social workers is the sector’s biggest concern as it prepares to deliver the cap on care costs, the Department of Health and Social Care (DHSC) has found.

The challenge for councils of recruiting significantly more practitioners to implement the cap and associated reforms next year at a time of mounting staffing pressures was cited by many respondents to a DHSC consultation on guidance to implement the changes.

Estimated number of additional Care Act needs assessments required each year as a result of the government’s funding reforms (source: County Councils Network and Newton, May 2022).

The reforms will necessitate councils carrying out hundreds of thousands more assessments and reviews each year. This is because it will make many existing self-funders eligible for care and support, through a more generous means-test, and incentivise others to have their needs assessed and annually reviewed in order to qualify for the £86,000 cap on care costs.

Many said the timescale for the reforms was unrealistic; councils are expected to start carrying out early assessments of people who want to take advantage of the funding reforms from next April, ahead of next October’s full implementation.

Some councils already experiencing heavy demand for assessments and reviews said the need to carry out early assessments was an “unhelpful burden”.

And most respondents did not feel that government proposals to mitigate the recruitment requirements of the changes – including through increasing self-assessments and outsourcing assessments – would be sufficient.

However, while recognising that “significant work is required locally to implement charging reform”, the DHSC is sticking to its timetable and is not offering further measures or additional funding than that already pledged.

Get full coverage on the government’s adult social care reforms

This week, it announced details of a £15.5m unringfenced grant to help councils prepare for the reforms during 2022-23, which the DHSC said could enable authorities to hire additional staff to carry out assessments. It is giving a further £2.9m to five “trailblazer” authorities that have been selected to implement the reforms early.

However, the funding is worth about £100,000 per council – roughly equivalent to two social workers when non-salary costs are added – and is also designed to help councils make necessary changes to IT systems to accommodate the requirements of the cap. This includes making changes to financial assessments and charges, and setting up care accounts to meter people’s progress towards the cap.

More funding will be provided from next April to enable councils to deliver the additional assessments and reviews required, but authorities would need to be in a position to start offering them from that point.

Authorities would need an additional 4,300 social workers to deliver the reforms if they did not take steps to mitigate the recruitment demands, found a report last month from the County Councils Network and consultancy Newton.

At the same time, 65,000 people had been waiting at least six months for an assessment as of February this year, with many thousands of others waiting for care packages and reviews, said an Association of Directors of Adult Social Services study published last month.

The impact of this on people needing care was highlighted in a report this week from advice charity Access Social Care.

The volume of social care advice delivered through helplines run by its member organisations increased by 74% from 2019-20 to 2021-22, with a 229% rise in queries concerning social care needs assessments.

‘A system on the verge of collapse’

“We are concerned that the increasing number of enquiries about assessments, coupled with the delays people are already facing, points to a system on the verge of collapse,” said Access Social Care’s report.

“In some cases, the local authority says it simply does not have enough staff to carry out assessments. In one recent case, we spoke with a person who had already been waiting for four months for an assessment and had been told they were waiting to be allocated a social worker. They were told it would be a long wait, because there were 600 cases and only seven social workers.”

Responding to the report, British Association of Social Workers professional officer Liz Howard said: “We hear from our members daily about the challenges with access to assessments and support with increasing numbers of people waiting, the increasing reliance on unpaid/family carers, the pace of work and the pressure to stop working with families in order to address waiting lists coupled with the increase in complexity, need and risk.”

The ability to practice ethically is being pushed to the limit.”

She added: “BASW is looking for urgent clarity on funding that will be made available to support the existing workforce to address not only the issue with recruitment but also with retention and supporting the well-being of over-stretched staff and teams.”

An ADSS spokesperson said of the Access Social Care report: “This echoes our own findings and adds to the mounting evidence that social care is far from fixed. We cannot continue to ignore these significant levels of under-met and unmet need, leaving people without the essential care and support they need.

“It is absolutely vital that we have the funding to provide this essential care and a workforce strategy that properly values our care professionals and addresses the crisis we are facing.”

In its response to the funding reform consultation this week, the DHSC said it recognised councils would face increased workforce requirements from implementing the reforms “against an already challenging backdrop”.

It also acknowledged that the funding it was providing to recruit staff and upgrade technology would not be sufficient on its own to overcome the challenge.

It added: “Local authorities should consider the steps that could be taken to address potential capacity issues, through increasing the supply of the workforce, reducing demands on the workforce, and improving efficiency.

“We set out examples of such initiatives in the guidance, and we will continue to engage with sector representatives to further develop these approaches, test with trailblazer local authorities and provide national or regional support as required.”

On the back of the consultation, the DHSC has updated the statutory guidance on the Care Act 2014, with a new chapter (23) setting out how the reforms should be implemented.

To increase the supply of social workers, the guidance states councils should review arrangements with higher education institutions to “support and encourage graduates to take up job opportunities with their local authorities”.

It also says councils could consider recruiting social workers from overseas, pointing out that they – and occupational therapists – are on the government’s shortage occupation list, making them easier to source.

The revised guidance also suggests widening the number of staff within councils able to carry out assessments and other tasks through reviewing their mix of skills, qualifications and experience.

This echoes a proposal from the CCN and Newton report for more social work assistants to carry out assessments, which it said should be facilitated by the government promoting a fast-track qualification for the role.

The revised Care Act guidance also proposes reducing demands on the workforce by outsourcing work to organisations including charities and provider bodies.

However, it says that there should be “clear protocols in place for professional oversight, quality assurance and ongoing monitoring, as local authorities would retain legal responsibility for these assessments”.

It also promotes the use of supported self-assessments – where people identify their own needs – where appropriate, and drawing on existing trusted information during assessments, particularly for people already receiving care and support.

Cap on care costs ‘will do little for less well off’ following government change
Surviving Ofsted: a team manager’s story
Should the IRO role be abolished?