Minister: ‘national scandal that social workers are overlooked for doing jobs so well’ 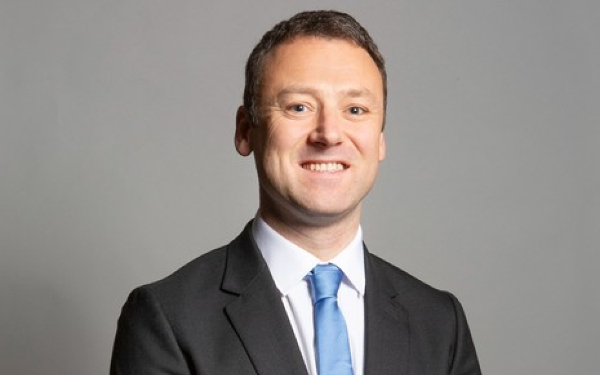 It is a “national scandal” that social workers are “overlooked” because they “do their jobs so well” in keeping children safe and empowering families to improve their lives, the new children’s minister has said.

Brendan Clarke-Smith made the comments in a parliamentary debate yesterday on the children’s social care workforce, less than two weeks after replacing Will Quince in the role at the Department for Education (DfE) following Boris Johnson’s resignation.

Clarke-Smith was responding to comments from Labour MP Marie Rimmer, who initiated the debate, that social workers were “not receiving the respect they deserve for the value they add to our country”, against a backdrop of resources being “stretched thin”, caseloads becoming “increasingly unmanageable” and acute recruitment and retention difficulties for councils.

The minister defended the government’s record on social work, citing the latest DfE workforce figures, which showed record numbers of children’s social workers in statutory practice in England, and investment of £50m a year in recruiting and developing practitioners in children’s services.

However, he also raised significant concerns about public perceptions of social work, while hailing the profession’s impact on children and families.

“It is not right that social workers feel their work is undervalued and overlooked,” he said. “It saddens me to think that those working to protect our most vulnerable children are stigmatised in such a way. Unfortunately, the public only hear about social workers when something goes terribly wrong. They do not hear about the hundreds of thousands of cases where children and parents are empowered and supported to create a better life. Those are the stories that we should hear continually, to remind us of the crucial role that social workers play in protecting the lives of vulnerable children.

His comments follow concerns about the safety and wellbeing of professionals in the wake of public concern surrounding the murders of Arthur Labinjo-Hughes and Star Hobson, in Solihull and Bradford, respectively.

The chief executive of Solihull Council, Nick Page, said that some social workers were forced to leave their homes because of the abuse they faced following the conviction of Arthur’s stepmother and father for killing him.

No further commitments on care review

Much of the debate focused on government’s response to the Independent Review of Children’s Social Care’s final report and the Child Safeguarding Practice Review Panel’s report into the murders of Arthur and Star, both of which were published in May. The response is due later this year, alongside an implementation plan for reforming children’s social care.

Clarke-Smith did not make any fresh commitments on the DfE’s response beyond those already made, reiterating its support in principle for the care review’s proposal for a five-year early career framework for social workers, completion of which would result in the acquisition of “expert practitioner” status.

However, in response to concerns about high levels of agency staff use, raised by Rimmer and fellow Labour MP Tulip Siddiq, Clarke-Smith said ministers were considering the care review’s recommendations to reduce use of locums.

“Some of the ideas we are considering in the review include regional staff banks, national pay scales and memorandums of understanding to help to reduce the cost of agency social work, which I agree is a problem and something that needs to be addressed,” he added.

His comments follow calls from Association of Directors of Children’s Services president Steve Crocker for social work agencies to be regulated or, preferably, banned, to save money and tackle profiteering.

Trowler, Children’s Commissioner and Ofsted chief on implementation board

The debate came ahead of the announcement today of the membership of the national implementation board, set up to oversee the delivery of children’s social care reform.

The board, which also held an interim meeting today, is chaired by Clarke-Smith and also includes:

Three further members, all with direct experience of the care system, will be appointed before the board’s first full meeting, in the autumn.

Care review lead Josh MacAlister is not a member but will attend meetings where relevant, as well as providing advice to ministers on turning his recommendations into an action plan.

The board’s terms of reference will be published shortly, but the DfE said that its role would not be to develop policy proposals but to focus on the delivery of the government’s implementation plan.

16 Responses to Minister: ‘national scandal that social workers are overlooked for doing jobs so well’