By Mithran Samuel on August 5, 2022 in Adults, Social work leaders 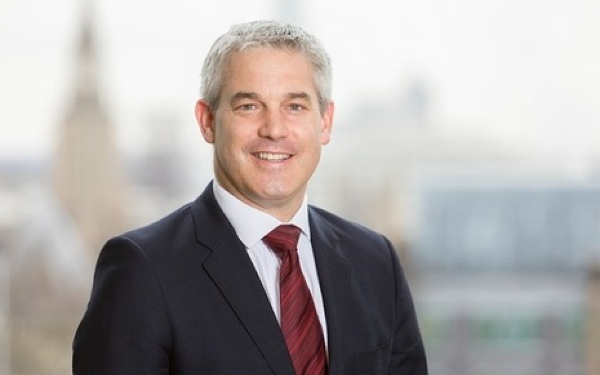 The government must delay the implementation of its social care reforms to avoid making services worse, council heads have warned.

The Local Government Association has written to health and social care secretary Steve Barclay urging a six-month delay – to April 2024 – to the introduction of the cap on care costs, more generous means-test for care and arrangements enabling self-funders to access care at council rates.

It also called for ministers to delay by at least 12 months the reintroduction of Care Quality Commission assessments of local authority adults’ services, due to come into force in April 2023 at the earliest. The LGA said there would otherwise be a risk of councils being “set up to fail”.

In addition, the association said ministers should remove a requirement for councils to provide an update on their work to pay providers a fair cost of care – another plank of the government’s care funding reforms – in October 2022.

In his letter to Barclay, David Fothergill, chairman of the LGA’s community wellbeing board, said a survey of lead adult social care councillors last month had found almost all doubted the adequacy of government funding for the reforms. And three-quarters lacked confidence that they had enough social workers and other frontline staff to deliver them.

This was in the context of councils – and the wider adult social care sector – facing severe pressures, as illustrated by the mounting waits for assessments, care packages and reviews detailed by survey results published this week by the Association of Directors of Adult Social Services.

‘A serious struggle to balance budgets’

“Councils are telling us that the likely and significant underfunding of the reforms will mean a serious struggle to deliver a balanced budget,” Fothergill told Barclay. “Some are reporting that the reforms will tip them over the financial edge and others are saying that implementation will come at the expense of cutting back other vital council services.”

The Department of Health and Social Care (DHSC) has allocated £3.6bn to implement the funding reforms, including the fair cost of care, part of a £5.4bn package for social care from 2022-25, funded through the new health and social care levy.

However, studies have found the DHSC’s figure a significant underestimate, with a study by market analysts LaingBuisson for the County Councils Network in March saying it was short by £850m a year.

Forthergill wrote that adult social care was in a “serious and precarious” place, with a separate ADASS survey – whose results were published last month – finding just 12% of directors were fully confident they had the money to meet their statutory duties this year.

“Most, if not all, of the immediate challenge can be traced back to historic under-funding, which continues to this day on a significant level,” he added.

He said the LGA supported the DHSC’s timetable for councils to produce a market sustainability plan (MSP), setting out their assessment of the sustainability of their local care markets, by February 2023, as part of the fair cost of care policy.

Fothergill said this was important to help bolster the capacity of a “fragile” provider sector, though reiterated the LGA’s call for ministers to remove the requirement to publish a provisional MSP by October 2022.

Call for six-month delay to reforms

However, he said this work would be far easier to complete if not being done alongside “demanding preparatory work associated with other strands of the reform agenda”.

He said there would be several benefits to deferring, by six months, the introduction of the cap and the more generous means-test and the implementation of section 18(3) of the Care Act 2014 for new self-funding care home users – enabling them to have their council arrange their care. Forthergill said it would:

In relation to the introduction of CQC assessments of local authorities, Fothergill said a delay of at least 12 months, along with a phased introduction, would allow more time to ensure the regime was fit for purpose.

Councils ‘should not be set up to fail’

It would also help identify what sorts of issues the CQC’s assurance system would throw up and how these should be addressed.

“We know councils are struggling, and will continue to struggle, to meet all of their existing statutory duties. While the charging reforms help address important issues, they do nothing to tackle system underfunding – even with a deferral, such as we are proposing.

“There is therefore a serious risk of councils being set up to fail under the new assurance regime if the issue of core funding for adult social care is not resolved.”

In response, the DHSC said its modelling of the reforms had gone through extensive peer review, but that it would continue to listen to councils and providers about their concerns about the reforms. However, it said it would stick to its October 2023 implementation date, adding that it was right there was an ambitious timescale for delivering the reforms, so that the public could benefit as soon as possible.

A DHSC spokesperson said: “Our reforms are vital to protect people from unpredictable social care costs, and we are working with local authorities, care providers and other stakeholders – including the Local Government Association – to support their implementation and delivery to the timelines already set out.

“Six trailblazer local authorities will implement charging reform early, giving us an opportunity to learn lessons and provide a smooth transition when changes are rolled out nationally in October 2023.”

The spokesperson said its £5.4bn investment from 2022-25 would ensure “the sector has the money it needs to end spiralling costs, support the workforce and deliver these much-needed reforms”.