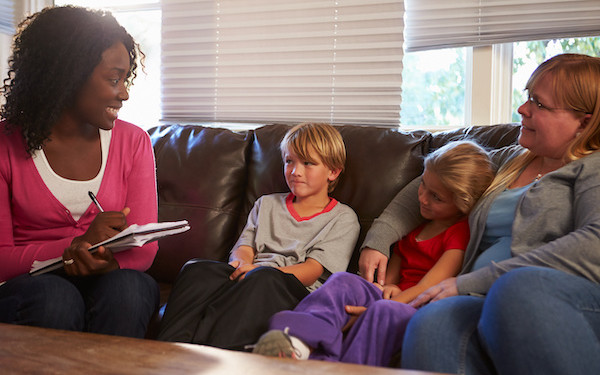 In the 12 months to 30 September 2019, the number of locums employed by local authorities increased from 5,530 to 6,090, figures published by the Department for Education showed.

The statistics contrast with research published by Community Care in October 2019, which suggested that agency work was losing its appeal for many social workers in the wake of tax changes that have made it a less appealing option financially.

The DfE figures showed that the number of children’s social workers employed directly by local authorities reached its highest-ever level in September 2019, 32,917, up 4% from 2018, with 30,720 full-time equivalent staff.

The DfE’s figures provided a stark illustration of the impact that adverse Ofsted inspections can have on councils’ workforces.

Of the five councils with the highest growth in the use of agency social workers by headcount, three – Bradford (up 90 year on year), Stoke (up 81) and Blackpool (up 53) – were deemed ‘inadequate’ by inspectors over the period covered by the statistics.

Social workers moving away from agency and part-time work

Of the remaining two, Torbay (up 66) has struggled with successive ‘inadequate’ judgments and the recent end to its partnership with nearby Plymouth, while Southampton (up 59), recently judged ‘requires improvement’, is investigating whistleblowing allegations against senior staff.

In all, 13 authorities at least doubled their agency worker rate since the last statistical release a year ago – though some of these, such as the East Riding of Yorkshire and Bath and North East Somerset, started from very low numbers.

However, while in authorities such as Surrey (164 agency staff), Northamptonshire (143) and Gloucestershire (133), all agency staff were used to cover vacancies, in others a small minority were so used – for example, 30 out of 112 in Stoke – with the remainder likely to be providing extra capacity.

At the other end of the scale, 65 local authorities lowered their agency worker headcount over the period covered by the statistics.

Despite the rise in locum numbers, the national turnover rate for social workers year-on-year remained constant at 16% by headcount (15% FTE), while the number of leavers increased by 2.6%, to 5,300, following a much sharper 15% rise the previous year.

Many of the patterns visible in agency social worker rates were predictably mirrored in individual councils’ vacancy rates, which in Blackpool quadrupled from 7% to 29%. St Helens, the subject of an unfavourable inspection that saw it downgraded to ‘inadequate’ just before the statistics were collected, saw vacancy rates rise from 7% to 25% and in North East Lincolnshire, ordered to improve by ministers after social workers warned of unmanageable caseloads, they rose from 6% to 22%.

The time social workers spent in their jobs continued to make for concerning reading, with 68% of leavers (by both headcount and FTE) departing their roles within five years, the same rate as 2018.

The DfE collected data from councils as to the reason social workers had left their jobs, but did not publish this information, citing the fact that councils recorded ‘not known’ or ‘not yet collected’ for 10% of leavers.

The government also asked councils to specify the destination of leaving social workers, but said this was recorded as ‘not known’ or ‘not yet collected’ in 79% of returns.