Sector needs an 'industrial' strategy of the like seen in the oil sector to attract investment, not a return to the 'savings agenda' of the 2010s, says James Bullion

By Mithran Samuel on May 27, 2020 in Adults, Coronavirus, Social work leaders 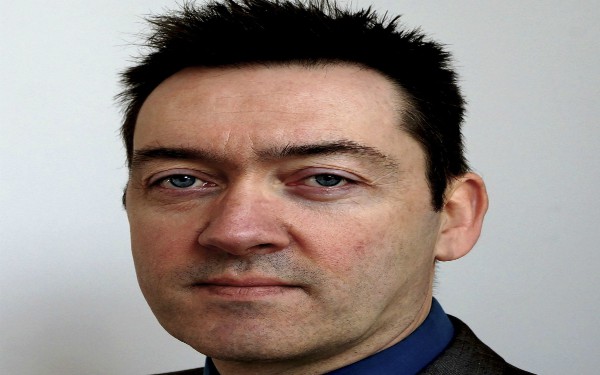 Social care cannot go back to a ‘savings agenda’ of the like seen in the 2010s if it is to secure the investment it needs to flourish post-Covid-19, the incoming Association of Directors of Social Services (ADASS) president has said.

Instead, it needs an industrial strategy of the kind seen in sectors such as oil and agriculture that underlines its importance to society and the economy, attracts investment and enables it to grow, said James Bullion.

In an interview with Community Care, Bullion said that social care had proven its value during the pandemic – particularly in helping the NHS clear thousands of hospital beds to create capacity to deal with Covid-19 patients in March – but that it would face potentially bigger challenges as the country came out of lockdown and beyond that had to be met by investment and a comprehensive government strategy.

However, with the government deficit ballooning as tax receipts tumble and spending rockets to protect the economy, concerns have been raised that the public sector – including local government – faces another era of cuts like that which followed the 2010 election.

‘No return to savings agenda’

“We need to fight our corner and make sure social care is part of the infrastructure,” said Bullion “We can’t go back to a savings agenda. I fear if we do we will have further austerity in social care just as we have proved we are part of the infrastructure. It’s a fear that the public finances will be in such a state that there won’t be room for investment. I would argue that, unlike the oil or aviation sectors, which may need to shrink, this is a sector that needs to grow. We know neither robotics nor AI will remove the need for care homes, day opportunities, home care or [personal assistants].”

Bullion said social care needed investment to deal with the pandemic, its aftermath and deep-rooted challenges. While the government has provided £3.8bn – equivalent to one-fifth of English councils’ annual local authority adult social care expenditure – to help local authorities meet the immediate challenges of the pandemic, much of which will be spent on social care, county council finance heads have estimated that much more would be needed.

“The Society of County Treasurers has estimated that as much as three times of what we have received is needed to deal with the impact,” said Bullion, whose day job is as executive director of adult social services in Norfolk. “We need to evidence what we’ve done with the money and spend it in the way it’s been intended to identify what the gap is. ADASS is working with the [Local Government Association] and providers to identify what the gap is.”

As well as the current  costs of managing Covid-19 – including the need to speed and scale up hospital discharges, initially, and meet the additional costs providers have faced to fund personal protective equipment and bolster staffing levels – Bullion said he anticipated costs increasing after the immediate crisis.

“I don’t think we can underestimate the potential pressures and disruption that will come from coming out of lockdown,” he said. “The other problem we may have is the powder keg building in the country of people who are with family and not making use of day opportunities. Coming out of this will be as challenging as going in. The pressures on councils may increase rather than lessen. Will we have the public understanding for that?”

These challenges come with the sector having gone into pandemic carrying longstanding problems, including the viability of significant numbers of providers.

“We began the pandemic with the viability of some social care providers at stake, and the pandemic has made that worse. There has been resource to deal with the emergency but are we going to have to have firepower in our budgets to support providers’ sustainability?”

Providers risk being ‘pushed over brink’

He warned that care home providers faced particular risks from self-funders turning away from residential care, in the wake of 23,750 excess deaths in English and Welsh homes so far this year, and the impact of vacant beds resulting from these fatalities on their bottom lines.

Self-funders play a critical role in care homes’ business models; in its 2017 report on fees in the sector, the Competition and Markets Authority found that they were charged 41% more than local authority-funded residents.

“If there’s a turning away by the public from some care providers and if the level of deaths mean sadly there’s an increase in vacancies then some social care providers that are on the brink will be pushed over the brink.

“We feel that this is an industry-level problem and we’ve asked government to look at the self-funding public: if the level of self-funders fall we’ve got a problem with our plans and that needs an industrial solution.”

He added: “We have strategies for oil, agriculture, tourism – we need one for social care. It may be that central government needs to intervene to protect social care for the next year because of that viability issue. My question would be ‘is [chancellor] Rishi Sunak doing enough to protect the social care sector?’.”

Bullion said there was an opportunity in achieving his aim of an industrial strategy for social care in Boris Johnson’s avowed aim – issued in his first speech as prime minister last year – to “fix the crisis in social care once and for all”.

The ADASS head said:  “We know that government is minded towards social care reform so there’s an easy mechanism of using an industry-level approach to the government’s desire to fix social care once and for all.”

Just before the pandemic hit, in early March, health and social care secretary Matt Hancock had initiated efforts to find a long-term solution to the funding of social care by asking parliamentarians for their ideas as a prelude to formal cross-party talks.

Covid-19 has both brought this process to a halt and underlined the importance of finding a sustainable basis for funding a sector whose fragilities and fragmentation have been solely exposed by the disease.

Recently, the BBC reported that the government was on the verge of backing the ‘Dilnot’ capped costs model that its predecessor Conservative administration had abandoned in 2017.

The Dilnot proposals – issued in 2011 by an independent commission – were designed to tackle the problem of people having to run down their assets to pay for long-term care because they did not qualify under the means-tested system. Its solution was making the means-test more generous and capping people’s liability for meeting their own care costs.

However, for many within the sector, Bullion included, social care reform goes far wider than solving this problem – which chiefly afflicts people who acquire care needs later in life after building up assets during their working lives.

For one, it’s about making social care a much more attractive career, inescapably requiring action on wages.

“We would like a discussion of a national care wage or national approach for care pay that provides an incentive for people to work in care,” said Bullion. “We’re still waiting for a workforce approach. It’s unrealistic to have 152 councils write that. It’s unrealistic for providers to write that approach, It’s something that needs to come from the reform of social care.”

Bullion also said that social care needed to be firmly focused on social justice and human rights for disabled people of all ages.

“I’m very keen that social care finds its voice about social justice and inclusion,” he said. “It’s not acceptable that the number of people with learning disabilities in hospital settings is the same as three years ago. We’ve not been able to unlock freedom for people in institutions who should be in the community.

“Regarding the role of carers in society, they are applauded but what rights do they have? I think housing rights are very weak in the sector. How many people are forced to move home as care homes close or can’t go back home? Shouldn’t everyone have the right to live at home?”

He added: “We will fight to ensure that the government don’t just reform the payment mechanism for social care but the wider determinants of social need.”

Bullion has been in senior management within adult social services for many years – he became an assistant director in Norfolk in 2007, before moving to Essex and then returning to Norfolk as director in 2017 – but linked his focus on social justice to his background as a community worker.

“In my heart I’m still a community worker,” he said. “I think that’s what social services is. I think for many years in the 1990s we went more into administration than social work but with strengths-based models we are going back to that. What the pandemic shows is the value of community. It’s the community who delivered the food parcels and shopping for others, it’s the community who are whistleblowing on injustice for people.”