Regulations set conditions on authorities wishing to place children in Scotland from elsewhere in the UK, but campaigners warn they are providing cover for lack of investment in England

By Alex Turner on July 3, 2022 in Children, Social work leaders 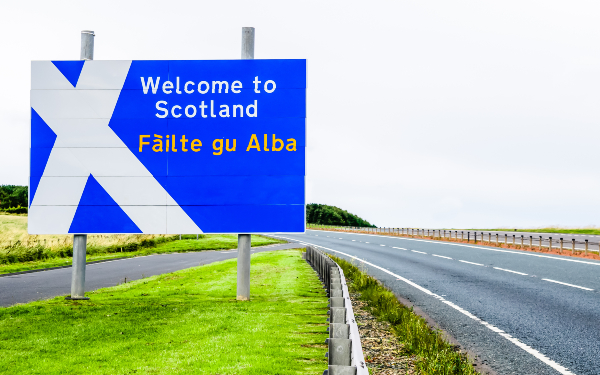 Rules making it easier for authorities to place children in residential care in Scotland from the rest of the UK under deprivation of liberty (DoL) orders have come into force.

The regulations will mean English and Welsh councils, and Northern Irish health and social care trusts, will no longer have to petition the Court of Session to have DoL orders, issued under the inherent jurisdiction of their respective High Courts, recognised in Scotland.

Instead, the regulations will enable cross-border placements to take place so long as the authority meets specified conditions.

As of February 2022, there were 15 children from the rest of the UK placed in Scotland on DoL orders and there have been 35 since 2019, 34 from England, says the Scottish Government.

This reflects the lack of secure accommodation, and rising numbers of children who do not meet the criteria for a secure placement under section 25 of the Children Act 1989, south of the border. The number of DoL orders rose by 462% in England between 2017-18 and 2020-21, according to research by the Nuffield Family Justice Observatory (NFJO).

At the same time, the Scottish Government is committed to reducing the number of cross-border placements in response to the Promise report, which followed Scotland’s 2017-20 children’s care review, and called for an “end to the selling of care placements to local authorities outside Scotland”.

The new rules are intended as an interim step, with longer-term measures to address cross-border placements to come via the forthcoming Children’s Care and Justice (Scotland) Bill.

In March, the Scottish Government issued a consultation seeking views on the proposed bill, including on how “to reduce reliance on cross-border placements, except in exceptional circumstances where it is in the best interests of the child”.

However, it added that cross-border placements would continue until “the lack of provision for secure and residential care, particularly in England, is addressed”, and that it continued to “seek assurance from the UK government that prompt and effective action is being taken to find a solution to capacity issues”.

Under the new regulations, deprivation of liberty orders that lead to children being placed in Scotland will be treated as equivalent to compulsory supervision orders (CSOs) under the Scottish hearings system. CSOs place restrictions on children’s movements and liberties under the responsibility of local authorities.

This will be for three months from the making, or last review, of the original DoL order, or until it ceases to have effect.

As set out in a consultation on the proposals issued in January, the placing authorities will retain responsibility for implementing the DoL orders, ensuring their conditions are met, providing the services necessary to support children and meeting their costs.

They will have to complete a “notice and undertaking” pledging to meet these requirements and providing details on the child and the order, which must be sent to Scottish ministers, the local authority and health board for the placement area, the placement provider, watchdog the Children and Young People’s Commissioner for Scotland, inspectorate Social Care and Social Work Improvement Scotland and the head of the Scottish Children’s Reporter Administration (SCRA). The SCRA’s role is to decide whether children should be referred to a hearing.

Guidance on the regulations, issued last week, says that, before applying to deprive a child of their liberty in Scotland, the placing authority will be expected to:

Children will also be entitled to advocacy as they would be under the hearings system, which would be funded by the Scottish Government.

However, the Scottish Government has dropped plans to require the placing authorities to convene hearings, under the Scottish system, in their own areas, to share information about the child’s progress.

This was rejected by the Association of Directors of Children’s Services, because of the complexities of the legal differences between the English and Scottish systems and the temporary nature of the placements.

More broadly, the ADCS, in its consultation response, welcomed the proposal that orders made under the High Court’s inherent jurisdiction would be recognised under Scots law, arguing that this would free up courts’ and councils’ time while enabling children to be placed more quickly.

However, children’s rights charity Article 39 described the new regulations’ introduction as “beyond scandalous” given the context of severe shortages of secure residential care in England.

“Five years ago the Children Act 1989 was amended to make it easier for children in care to be sent to Scotland [which] was meant to be a stopgap while the UK government attended to the lack of provision in England,” said its director, Carolyne Willow. “Now Scots law has been changed to make it easier for local authorities to send children to Scotland using the High Court’s inherent jurisdiction power.”

Bill to remove social work from councils in Scotland published

Willow added that reports of children being deprived of their liberty in rural settings “makes it extremely difficult, if not impossible”, for children to regularly see families, friends and social workers.

“The Scottish Government also reports that children are being placed into settings without the therapeutic support they need, which inevitably raises questions about the lawfulness of children being deprived of their liberty,” she said. “England’s care system is increasingly becoming a bodge job, with our country’s most vulnerable children paying the price – we deeply regret Scotland has once again provided cover for the UK government’s lack of strategy and financial investment in children’s care.”

‘Second class’ of children in care

The Children and Young People’s Commissioner for Scotland (CYPCS) has also previously criticised the incoming regulations for failing to address young people sent over the border becoming a “second class” of looked-after children in Scotland.

The new practice guidance note calls on placing authorities to “fully consider” children’s rights under the European Convention on Human Rights (ECHR) and United Nations Convention on the Rights of the Child (UNCRC). But a recent briefing note by the commissioner’s office argued that the regulations were not fully compatible with these.

“While the regulations propose to treat a child subject to a High Court deprivation of liberty order as if they were subject to a Scottish CSO, the child will not have access to the same or analogous procedural safeguards as their ‘Scottish’ counterparts,” the briefing said. It highlighted a lack of access to review and appeals through the children’s hearing system, and to independent legal advice and representation, as two areas where children would continue to be let down.

“The regulations create the illusion of legal protections equivalent to those that exist for children deprived of their liberty under Scots law, but fall short in reality,” the note added.

Call for ‘serious reform’ to reduce number of children placed out of area
Social workers: tell us how the cost of living crisis is affecting you and the people you support
Home Office recruiting 40 social workers to its new asylum age assessment body