Sector leaders urge councils and NHS commissioners to provide increased and more flexible direct payments, after survey finds some people are going without support and others are using insufficiently skilled PAs 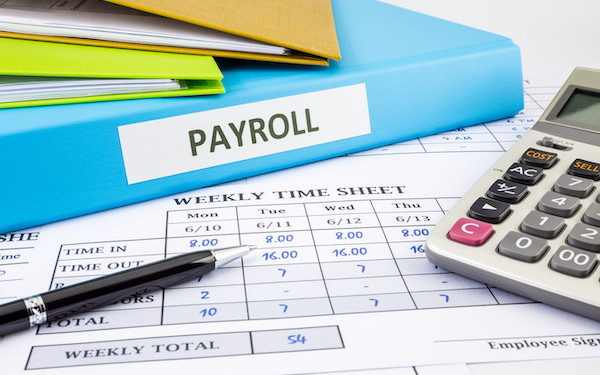 Council and NHS limits on how much people can pay personal assistants are leading to “severe shortages” of PAs that are undermining personalisation and quality of care.

That was the warning from a survey of almost 1,000 people supported by PAs carried out by the Local Government Association (LGA) and Think Local Act Personal (TLAP), the sector coalition set up to promote personalisation.

Over three-quarters (77%) of those who had needed to recruit a PA from March 2020 to January 2022 – most of the total sample – said they had found it harder than previously.

Low pay was “by far the biggest factor” behind this, with 69% of this group saying their recruitment difficulties were because people were taking better-paid jobs. Almost half (48%) made the linked point that people were taking roles with better terms and conditions.

Working as a PA ‘uncompetitive’

Respondents said low pay had made working as a PA “uncompetitive” compared with other types of care work, which offered better pay and conditions, and roles in sectors such as retail and hospitality that were similarly or better paid but less demanding. The situation had been exacerbated by the cost of living crisis.

Respondents linked low pay to the value of council direct payments or NHS personal health budgets, which they said meant they had to pay below market rates for care work and were not able to give their PAs a pay rise, sometimes for years on end.

“By far the most difficult issue is that direct payments do not pay an hourly rate remotely in line with the skill set required of a typical PA – which simply means it’s impossible to employ anyone unless they are willing to take a significant cut in their hourly rate!”

“I feel the main thing is pay. I started with a direct payment five years ago and the pay hasn’t gone up by one penny since then.”

“We are competing with care homes for staff – we have had people apply, but when they give in their notice, the care home immediately offers more pay and better hours so the person withdraws from the job.”

A majority of those who were finding it more difficult to recruit (59%) said this was because it was harder to find PAs with the right, skills or training. Many linked this to poor pay and conditions, which they said discouraged suitably-skilled applicants from applying, as well as a lack of understanding of what the role entailed.

The report found this resulted in “severe shortages” of PAs. Most seriously, 160 respondents said they had gone without PA support for long periods of time, leading to greater isolation, safeguarding issues and health problems. Others reported taking on PAs that were unsuitable.

“Restrictions on what people can pay PAs by council and NHS funders is effectively pricing many out of their local PA market, meaning some people are being left with no PA support for long periods of time,” said the report.

Also, while most people said that they had to manage PA recruitment themselves, none said the costs of doing so were covered by their direct payment or personal health budget.

“Advertising in most cases costs money – many local authorities (my own included) do not include any funding for the cost of advertising, and this makes the recruitment very difficult,” said one respondent.

As well as the value of direct payments, respondents also criticised restrictions by councils and the NHS in how they could use them.

Sixty per cent of respondents who were finding it harder to recruit PAs linked this to struggles in finding staff who would work the right hours. These were often specified by funders, with PAs expected to come at set times, split across the day, to carry out specific tasks – contrary to the flexible, outcomes-based approach direct payments are supposed to involve.

“We were given several examples where being limited to specified hours split across the course of a day, and being unable to pay PAs travel costs or time, meant finding PAs able and willing to work the hours allocated was very difficult,” said the report. “They wanted much more flexibility to manage their hours in a way which made it more attractive for PAs and suited them better too.”

The report’s most urgent recommendations were for councils and NHS funders to enable people to PA raise pay to reflect local market conditions, and to review practices that unduly restricted what people could offer their personal assistants.

It also called on funders to remove unnecessary restrictions on how people supported by PAs could use direct payments or personal health budgets, and to transparently include the costs of finding, employment and training PAs in their payments.

The report’s findings are – on the face of it – somewhat at odds with those of the latest report on the state of the adult social care workforce by Skills for Care.  This found that the average pay rate for PAs in 2021 was £9.95 per hour, compared with £9.29 an hour for independent sector care workers, and that PA turnover in 2020-21 was 18%, compared with 34% for care workers.

The study comes with the government – in its 2021 adult social care white paper – committed to increasing choice and control, including through improving access to direct payments and enabling people to use them flexibly and innovatively to provide the greatest benefits for each individual”.

David Fothergill, chairman of the LGA’s community wellbeing board, said: “It’s worrying to hear about the struggle that many who draw on care have in recruiting and retaining personal assistants and highlights the continued issue all areas of social care currently have with finding and keeping staff.

“Personal assistants are a crucial part of the social care workforce; they deliver brilliant care and support and hugely enhance the lives of the people they work for.”

“The responses to this survey are stark, and clearly show how much more support is needed in this vital area of social care,” he added.

TLAP’s policy adviser for self-directed support, Martin Walker, said: “The experiences that people told us about and the wealth of detail in this report shine a light on part of the social care workforce who are too often forgotten.”

Referring to the government’s policy agenda, he added: “We know the government is keen to increase the uptake of direct payments and a personalised approach in both health and social care, so we hope this report should stimulate some improvement for personal assistants and their employers.”