‘Desk-based social work that can be done from anywhere’: Ofsted issues warning over remote working

Inspectorate raises concerns about staff working many miles from the communities they serve, and lack of peer support and face-to-face training arising from increased hybrid working

Remote working practices introduced during Covid are putting the quality of social work practice at risk, Ofsted has warned.

The inspectorate particularly highlighted the practice of people working remotely for employers many miles away and raised concerns about the impact on peer support and learning of remote working, in a report this week on recovering from Covid.

Ofsted also joined other sector leaders in raising concerns about the impact of agency working on council budgets and children, particularly the growing practice of agencies selling teams of staff to employers rather than individual workers.

It said that staff recruitment and retention was the greatest challenge the sector faced and that it had gotten worse during the past two years. This had resulted in the loss of experienced staff, leaving newly qualified practitioners covering more posts and having fewer colleagues to learn from.

The report, which drew on 29 inspection reports from 2021-22 and focus groups with inspectors, also said that cases were growing more complex, including as a result of Covid. This meant social workers were facing greater workloads even though Department for Education (DfE) figures showed caseloads remaining stable from 2020-21.

After a large reduction in face-to-face visits during lockdowns, Ofsted said it had now been restored where this was best for children and families, with remote contact used only when suitable and beneficial.

However, the inspectorate said social workers were increasingly looking further afield for jobs and it had seen examples of practitioners from rural areas working in London boroughs that offered higher salaries. 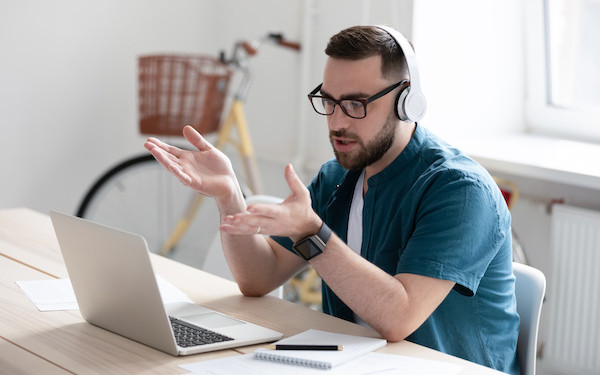 “This is now possible because of remote working, which enables some desk-based social work to be done from anywhere,” said the report. “However, this way of working is concerning, as it could erode the quality of social work if social workers lack local knowledge and understanding of the communities that they serve, which are important elements of social work.”

It also raised concerns about the shift to hybrid working since Covid, with many staff now working from home more than they did previously.

Though this was variable and many local authorities were still deciding on their working policies, Ofsted said it was concerned about what could be lost by limiting office work.

“For good social work practice to thrive, staff need to be in face-to-face contact to build meaningful relationships that provide support and supervision. This is essential for calibration and moderation of judgments and decisions among peers.

“Additionally, working together face to face creates opportunities for informal support and learning, and helps to maintain and boost morale. Social workers often encounter challenging and emotional situations, and it is important that they are able to talk through these with colleagues.”

Ofsted said this was particularly important for newly qualified social workers, who had trained and qualified under pandemic conditions, with much less opportunity to learn from more experienced colleagues than previous cohorts.

It also said its inspections had found that much training was still online, and raised concerns about the quality of learning that social workers derived from this.

“There are concerns that online training requires less engagement and therefore minimises the amount of learning that is retained,” the report added. “During inspections, we heard of staff completing large numbers of online training courses in a single day and therefore having insufficient time to engage with and reflect on the content.”

Staff also lost out on interactions with colleagues to help them embed learning, Ofsted said.

It urged employers to consider the limitations of online learning when planning future training. When permitting remote working, they should ensure they “retain the peer support and learning and development opportunities that are afforded by office working and time spent with colleagues”.

On recruitment and retention, Ofsted said pre-pandemic challenges had gotten worse over the past two years, citing DfE figures showing that 8.6% of statutory children’s social workers had left the sector altogether in 2020-21, up from 7.2% the year before.

Ofsted also joined a growing chorus of concern among sector leaders regarding agency social work and, in particular, the practice of agencies sending in teams, rather than individuals, to work in local authorities.

Ofsted said agencies were “outcompeting local authorities for staff from a limited pool of workers”, both through offering more flexibility and higher pay, and the more recent growth in the use of managed agency teams.

Agency teams ‘better for staff but worse for councils’

“Previously, agency work could be very unstable and require staff to work mainly within unfamiliar teams, but now many agencies have moved to contracting whole teams of staff for fixed periods,” it said.

“This means that some agency staff now benefit from the stability of working within a consistent team of colleagues, and having guaranteed work schedules for several weeks or months at a time.”

The report added: “While this may provide better working conditions for agency employees, the new way of contracting limits flexibility for commissioning local authorities, and can increase costs.”

On caseloads, it said these had increased in some areas because social workers were hesitant about stepping children down to lower levels of intervention because of concerns about the risks they faced in a post-lockdown environment.

Though DfE caseload figures – which the department itself says need to be treated with caution – have shown these remained stable from 2020-21, Ofsted said complexity had increased during the pandemic.

“As social workers deal with increasingly complex cases, workloads will rise, even if the number of children on the caseload remains stable,” it added.

56 Responses to ‘Desk-based social work that can be done from anywhere’: Ofsted issues warning over remote working