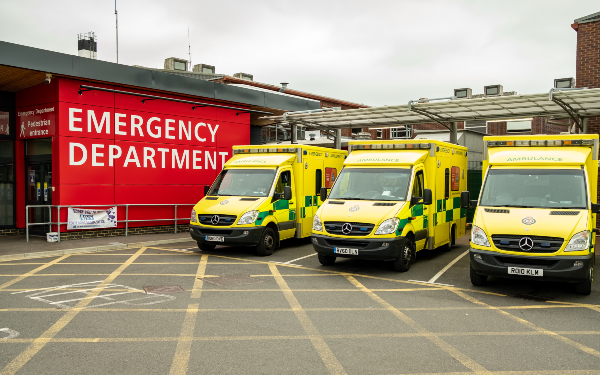 That was the verdict from health leaders in response to a survey by umbrella body the NHS Confederation, which said the government needed to make bolstering social care its “top priority”, including through an “immediate” pay boost for care workers.

The call is the latest in a long line of reports to highlight the scale of the workforce and capacity shortages in adult social care, and follows recent reports from the Association of Directors of Adult Social Services and Skills for Care delivering similar messages.

The survey follows NHS England figures earlier this month showing that A&E attendances reached record levels for June last month and more than half of patients who were fit for discharge remained in hospital – an average of 11,590 people a day.

Though figures are not currently collected on how far delayed discharges from hospitals are attributable to a lack of social care, 85% of the 243 leaders who responded to the NHS Confederation survey said this was the primary cause.

“These delays all lead to longer stays in hospital, which can damage people’s confidence to live independently as well as their health – particularly for older people where extended stays can also be associated with loss of muscle tone, falls and rapid deterioration,” said the confederation.

A large majority of respondents (88%) said a lack of social care capacity was  having a significant or very significant impact on A&E pressures, while 83% said it was significantly driving ambulance waiting times.

Overall, almost all respondents (98%) agreed that social care understaffing was putting the care and safety of NHS patients at risk.

The confederation urged the government to implement all three solutions and make bolstering social care its “top priority”.

“The report is right to point out that high vacancy levels across the workforce inevitably impact on social care’s ability to help mitigate the demand facing the NHS – whether that’s supporting people out of hospital or preventing their admission in the first place,” said David Fothergill, chairman of the LGA’s community wellbeing board.

“We have been calling for higher pay for social care staff for many years, to guarantee workers get properly compensated for the critical work that they do and to retain and encourage more talent into the workforce. Social care certainly does need a “rescue package” to deliver an increase in pay for staff, a long-term workforce plan, increased overall investment in adult social care.

In response to the report, the Department of Health and Social Care pointed to the 6.6% rise in the national living wage (NLW) – the pay floor for workers aged 23 and over – to £9.50 an hour – amounting to a £1,000 annual rise for a someone working full-time on the NLW. Many care workers earn the NLW or just above it.

The government intends for the NLW to reach two-thirds of average earnings by 2024, which the advisory Low Pay Commission has said would amount to a wage of £10.95 an hour.

A DHSC spokesperson also pointed to the £500m investment it is making in the training, career development and wellbeing of the social care workforce from 2022-25.

The spokesperson added:“We appreciate all that our incredible care workforce do and to ensure they are supported, we are providing at least £500 million to invest in and develop the workforce…Most care workers are employed by private sector providers who set their pay and terms and conditions, independent of central government.”