By Alex Turner on October 4, 2019 in Children, Social work leaders 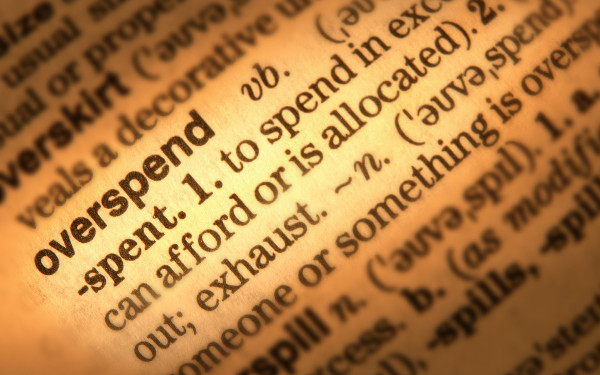 The cost of statutory children’s services is continuing to push many councils further and further into the red, with some issuing dire warnings about the unsustainable impact that delivering them is placing on finite reserves.

Analysis by Community Care of revenue budget monitoring reports at 50 spot-checked English local authorities found only five (10%) predicting an underspend or break-even position for children’s social care budgets at the end of the 2019-20 year financial year.

By contrast, 32% were projecting children’s services overspends of £4m or more in their most recent reports, against whole-council revenue budgets ranging from £109m to £802m.

More than two-thirds (70%) were expecting to go over departmental budgets by £1m or more, with the total projected overspend across the 50 councils’ children’s social care functions adding up to £140m.

Some councils’ reports revealed balances that would have been far worse had departments not been propped up by dipping into earmarked reserves or using one-off surpluses. Many others noted that the local situation – driven by unpredictable spending on looked-after children’s placements and, to a lesser degree, on agency social workers – could easily deteriorate by April next year.

Matt Dunkley, chair of the Association of Directors of Children’s Services’ resources and sustainability policy committee, said the figures “should surprise nobody” in the context of councils collectively spending £800m more than planned on children’s social care during 2018-19.

Last month, a one-year spending round billed by the government as marking the end of austerity delivered £1bn in extra funding for councils to spend on social care in 2020-21. But that cash – widely dismissed as insufficient as well as too short-term – was expected to cover both children’s and adults’ services, which also continue to exert pressure in many areas. A £410m government cash injection for both services for 2018-19 was estimated by the Association of Directors of Adult Social Services to have been split 54:46 in favour of adult care.

“The sector’s financial position is unsustainable,” Dunkley warned, echoing findings by the Local Government Association that an extra £3.1bn would be needed by 2025 to maintain children’s services at current levels.

Last year, that precarious position was made abundantly clear as several councils looked like they might follow Northamptonshire – which twice had to declare itself insolvent – into de facto bankruptcy.

In July 2018, for example, Somerset council’s monitoring reports warned that a potential £15m children’s services overspend – the largest in the country – could force it to issue a section 114 notice, signalling financial unsustainability and the shutting down of all non-essential spending.

The South West county – which has closed children’s centres and left social work posts unfilled, and is exploring the use of algorithms to make its practice more efficient – has now taken a “tight financial grip”, according to its recent reports. It is predicting a mere £467,000 children’s services overspend and an overall balanced budget for 2019-20, as well as having bolstered its reserves, unallocated reserves having doubled from £14m in March 2017 to £28m in March 2019.

But elsewhere the picture is far bleaker.

In Blackpool, a starkly worded report to a September cabinet meeting from the council’s director of resources, Steve Thompson, said its projected £8m children’s social care overspend – around 25% over departmental budget, despite £3.6m having already been added to it – would effectively wipe out its general-purpose ‘rainy-day’ reserves. The pressure, almost entirely stemming from looked-after children’s placements and the impact of the council’s plan to turn around an ‘inadequate’ Ofsted judgment, transforms the council’s overall year-end forecast from a £1m underspend to a £7m deficit.

“I fear the council is now at a financial crossroads where the unavoidable costs of children’s social care can only be met from one-off use of finite working balances and reserves; drastic service cuts elsewhere; and/or significant additional external funding,” Thompson wrote.

“[The children’s social care] pressure will be difficult enough to manage in-year using working balances and reserves but if repeated… the position will become impossible to reconcile against available resource,” he added.

Should Blackpool receive a share of the cash announced in the spending round for 2020-21 in line with previous awards, this would amount to £3.7m, the report went on.

“This represents approximately one-third of the underlying pressure in Blackpool children’s social care, even assuming that adult services continues to break even and requires no call against this,” it said.

Blackpool – where a quarter of neighbourhoods are in the 1% most deprived in England – presents the most dire financial assessment among councils we examined. Yet others are not far behind.

Two authorities on our list are already projecting an even bigger overspend, albeit against county-council revenue budgets that are almost four times bigger than Blackpool’s £124m.

In Nottinghamshire, where children’s services are forecast to overspend by £8.3m, councillors were reported as being “in despair” at the cost of fostering agencies and locum social workers, which account for £7.3m and £1.1m of pressure respectively.

Temporary staff are exerting even greater pressure in Gloucestershire, where the most recent forecast of a £9.8m children’s services overspend marked a jump of £2.4m on the estimate taken at the start of the summer. The ‘inadequate’ county, which is suffering from staffing churn that a recent Ofsted monitoring visit said was hampering improvement efforts, is predicting a £2.8 m overspend on locums, despite having reduced their numbers from 180 to 129.

Those two counties, however, still appear relatively secure in terms of available reserves. Several other councils we looked at are, like Blackpool, facing overspends comparable to, or larger than, their available rainy-day money – albeit with other services than just children’s social care adding to the pressure.

On Merseyside, Halton council’s children’s services, which went over budget by £4.1m last year, are forecasting a £4.7m overspend this year, mostly on residential and independent fostering placements, feeding into an overall potential deficit of £6.8m.

“As at 31 March 2019 the council’s general fund balance was £5.0m,” Halton’s September budget monitoring report warned. “Unless the projected overspend is reduced and net spending brought back into line with budget as far as possible, the general reserve will be fully consumed and impact negatively on the financial sustainability of the council.”

Meanwhile, Halton’s neighbour, Liverpool, which earlier this year made a huge investment in social workers despite having faced some of England’s most savage cuts, is eyeing a £7.4m children’s services overspend – half of a total £15.2m shortfall. The council’s general fund reserves are just £16.3m, while its potential budget gap for 2020-21 is £57.6 million.

“The city has used reserves to pay for statutory services and that they have now been exhausted, leaving the council with no financial options left,” a motion submitted to September’s full council by the mayor, Joe Anderson, and opposition council leaders said. “Austerity is not over for the city of Liverpool.”

Amid the gloomy national picture, a small minority of councils appear to be resisting trends – at least as far as children’s social care goes. Even at these authorities, though, reports reveal underlying anxieties about the potential for things to change rapidly.

In Southwark, the council’s September revenue monitoring report says children and families’ services budgets “remain stable and balanced despite facing sustained pressures”. A key factor cited by the local authority is it managing to reduce the number of children in residential placements to 19.

“[But] looked-after children placements, while currently stable, can fluctuate with demand and some children can have significant needs with high costs associated,” the report added.

“There continue to be pressures in retention and recruitment of social workers and there is more to be done to support our workforce strategy, such as key-worker housing for social workers.”

Meanwhile Bristol – which has historically enjoyed low numbers of agency staff, and has reduced its numbers of looked-after children – is predicting a relatively small children’s services overspend of £37,000, thanks to £266,000 placement costs being offset by other underspends.

The council, which has made cuts to children’s centre budgets over the past two years, is one of several attempting to head off the threat of rising placement costs by building new children’s homes.

Responding to Community Care’s research, ADCS’s Matt Dunkley said: “Each year local authorities must set a balanced budget in response to local needs; we must also spend on statutory child protection where need exists – which is one of the reasons why planned expenditure can differ from actual spend.

“Since 2010, funding for local authorities has halved but need has not,” Dunkley added. “Councils are committed to keeping children and young people safe from harm and have worked hard to protect spend on children’s social care services but this means having to cut the very services that help reduce future demand.

“It’s a false economy but there is simply not enough money in the system to meet the increasing level of need now present in our communities. The spending round provided some short term relief for children’s services but few reassurances about the future.”

“Over the last 13 years, county areas have seen the largest increase in referrals – rising by 109% – while increasingly complex individual cases are putting financial strains on council budgets,” Glazier said. “At the same time, market pressures – a dearth of available care placements – are exacerbating the issue.

“County authorities are doing their all to protect vulnerable children, resulting in the overspends outlined today,” Glazier continued. “However this is not sustainable in the long term – the government’s recent announcements in the spending round are encouraging, but ministers need to outline a way to fund the rising demand – and costs – of protecting at-risk young people.”

Judith Blake, chair of the Local Government Association’s children and young people board, said: “In order to keep children at most risk safe, councils up and down the country are having to find in-year savings from non-statutory or discretionary budgets, which includes valuable early intervention and prevention support that can stop children and families reaching crisis point.

“Extra social care funding next year will help relieve some of these pressures,” Blake added. “But it remains crucial that the Government uses the next Spending Review to fully fund children’s services to allow councils to provide the vital support that children and families rely on.”

A Department for Education (DfE) spokesperson said the government wanted “every child to have the best start in life”.

“It is essential that we all strive to achieve the highest standard of services for our most vulnerable children,” the spokesperson said. “That’s why we’ve announced an extra £1 billion for social care. On top of the £410 million we’re putting into social care this year and next, including for children – and alongside £84 million over five years to keep more children at home with their families safely, to improve the support provided to vulnerable children and their families and enable more children to stay at home thriving in stable family environments.”